Before fixing the world, we should repair our own foundations 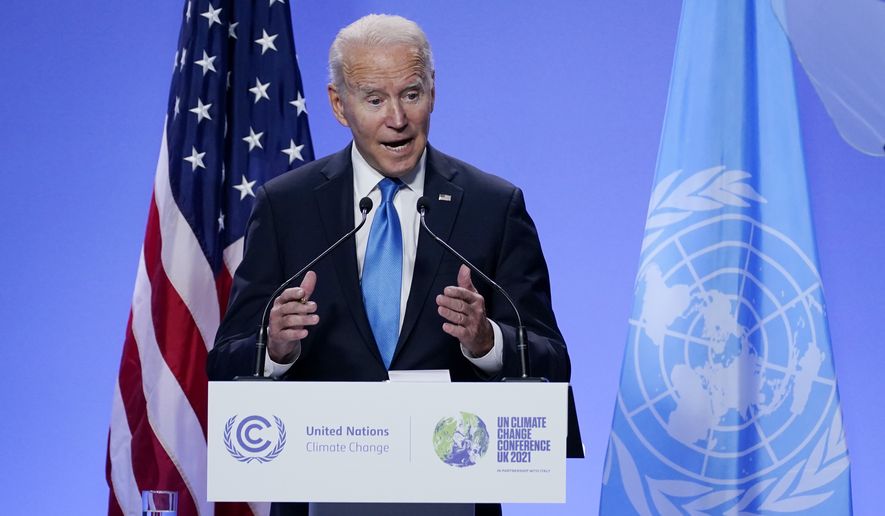 Originally published in the Washington Times

It wasn’t long ago that many of the liberal supporters of Joe Biden would have found themselves among vast swaths of protesters condemning the foolish imperial aims of U.S. power projection onto the world.

The idea of the USA acting as the world’s hegemon by spreading liberal values around the globe through regime change, bombing campaigns and color revolutions would have been seen as a disappointing betrayal of the principles that real progressive Democrats like John F. Kennedy and Franklin D. Roosevelt stood for.

But here we are in 2021 as a new age of asymmetric hybrid warfare has taken off. In this new world, Mr. Biden‘s foreign policy team has revived President Obama’s Asia pivot on steroids with an increased focus on military encirclement of China, belligerent Pacific military games, provocative transits through the South China Sea and plans to install anti-ballistic missile systems akin to the THAAD systems in South Korea capable of delivering a nuclear first strike to either Russia or China.

Similar belligerence has been witnessed across European NATO states with Lloyd Austin pouring more fuel onto the fires of war by openly supporting Ukraine’s desires to integrate into the military bloc during his latest trip while amplifying unproven accusations of Russian cyberwarfare against the West. The loud, anti-Russian, saber-rattling threats begun by Dick Cheney, accelerated by Mr. Obama and revived in force under Mr. Biden are truly deafening.

We are told that Mr. Biden has at least ended America’s era of wars in the Middle East. Ignoring the fact that the withdrawal was a total disaster, the destruction has only continued with devastating unilateral sanctions against Syria and Yemen that kill just as many innocent lives as bombs. Meanwhile, America’s decision to lock Afghanistan’s state funds, which Afghans desperately need to alleviate their food and energy crisis, into the U.S. banking system cannot be ignored.

When the U.S. should be collaborating with other great powers like Russia and China in building genuine infrastructure across the Middle East and Africa, we see anti-China policies like the Quad attempting to consolidate China’s Pacific neighbors into a U.S.-led military alliance instead. Every possible weak point in and around China’s territory is being struck with hybrid warfare. The CIA and its National Endowment for Democracy are supporting separatist movements across Xinjiang (involving an array of terrorists who cut their teeth fighting alongside the Islamic State in Iraq and Syria), Tibet, Hong Kong and especially Taiwan, where U.S. Special Forces agents have been demonstrably training Taiwanese troops.

Wherever China’s Belt and Road Initiative has threatened to build actual infrastructure outside of the controlled spheres of influence of the World Bank or International Monetary Fund, insurgencies supported by the National Endowment for Democracy and USAID, masquerading as “peoples’ movements,” have been launched to destabilize target nations.

While China has offered the U.S. opportunities to collaborate on the Belt and Road Initiative as allies — something even President Trump spoke well of until the early months of 2020 before the world turned inside out — Mr. Biden‘s team, working with kindred spirits among the technocratic liberal elite of Europe, has instead unveiled boondoggles with names like “Build Back Better for the World,” the “Clean Green Initiative” or “Global Green New Deal.” While China actually builds its real economy and exports systems of industrial growth to more than 130 nations working within the Belt and Road framework, technocratically minded liberals march in lockstep through COP26 virtue signaling our greenness. Efforts to decarbonize the world economy are led by mathematicians and central bankers like Mark Carney, who has called for $135 trillion to be spent on green energy grids in order to hit this mystical point called “net zero” by 2050. The cost of humans who will suffer from these green boondoggles and loss of sovereignty is never addressed because reducing carbon footprints has become more important than saving lives.

How will these geopolitical pipe dreams be funded when the Western system sits on $1.2 quadrillion of fictitious capital in the form of outstanding derivative contracts and $29 trillion of unpayable debt sustaining the biggest bubble the world has ever seen? It almost seems as though no one bothered thinking that far ahead.

So we turn back to Mr. Biden‘s United States, where suicide rates have skyrocketed to record heights, along with opioid overdoses, depression, gun crimes, bankruptcies and homelessness. What more could be expected from a nation that has been atrophying in goal-free consumerism for decades? When the financial system that once served the long-term interests of the people has become a cancerous casino with a small coterie of super-elite billionaires, then should we be surprised?

The U.S.-Chinese trade deal that Mr. Trump was going to use to win back manufacturing jobs, with its first $350 billion phase going into effect in January 2020, has been totally forgotten, and China has become enemy No. 1. Any hopes to revive a culture of optimism and love of progress with the planned Artemis Accords and renewed NASA vision of putting a woman and man on the moon by 2024 is collapsing under Mr. Biden and Vice President Kamala Harris’ total lack of competence or honesty. Nice words with no financial support is the death of any science driver project and the associated demoralization of a society.

Going into the storm, Americans must choose whether this is a hegemon they really wish to support or whether it is best to focus on cleaning house before imposing the hypocritical will of the U.S. onto every other nation.