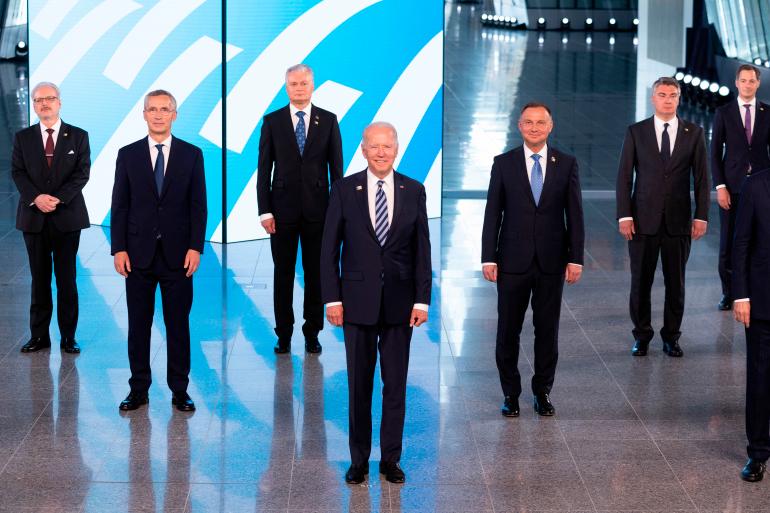 Modern international law is enshrined in certain legal principles outlined in the UN Charter which itself is premised on the right of all nations to full sovereignty and non-interference.

These principles were given even more weight with the addition of the Nuremburg codes which outlined any war of aggression from one state over another to be formally illegal. While one might have thought this to be a rather obvious fact, no one had ever bothered to make it law before 1947.

However, as we see today, fires are being lit by Anglo-American forces who hypocritically use the authority of these treaties while not actually respecting those very principles which they abuse for their own ends. In a stern call to defend these principles before we pass the point of no return in our collective slide into hell, President Putin addressed the 9th Annual Moscow Conference on International Security stating:

“Unfortunately, geopolitical processes are becoming increasingly turbulent despite isolated positive signals. The erosion of international law continues as well. The attempts to use force to push through one’s own interests and to strengthen one’s own security at the expense of the security of others continue unabated… Any new rules should be formulated under the auspices of the UN. All other avenues will lead to chaos and unpredictability,”

UNCLOS Then and Now

Despite the calamitous Cold War age, piecemeal efforts were made to build upon the UN Charter with international agreements designed to defuse tension, establish agreed-upon rules clarifying long-standing ambiguities over territorial disputes that could easily lead to hot wars if not addressed. In the domain of the seas, the UN Convention on the Law of the Seas (UNCLOS) was established in 1982 and enacted in 1994 establishing for the first time in history clearly defined rules for territorial sovereignty of ocean waters. Before this treaty, a six-century practice called “Freedom of the Seas” held that all claims to sovereignty ended where land hit the water and all was then fair game. Under UNCLOS, national territories were demarcated at 12 nautical miles beyond all landmasses of a nation, and economic jurisdictions extended 200 miles around all nations entitled “exclusive economic zones”. While all signatories could enjoy transit through these exclusive economic zones, all fishing, and resource extraction rights etc, would be uniquely enjoyed by one party alone. Beyond the 12 nautical mile boundary, all waters would be considered otherwise international.

Despite the fact that 167 nations have ratified this important treaty, the nation which had historically defended the sovereignty and advanced this discussion to the point of law refused to adopt it to this day.

UNCLOS has been used by the USA for years to justify the forays of US military ships in China’s back yard, often moving through waters clearly within China’s 200-mile Exclusive Economic Zone in the South China Sea and elsewhere.  Whenever China has raised the alarm warning that America’s actions threaten her safety (especially considering the vast military encirclement of hundreds of thousands of US troops, destroyers, bases and THAAD missiles across the Pacific), the typical response delivered by their US counterparts is “it is within our right to do this, as the Exclusive Economic Zone outlined in UNCLOS does not prohibit the transit of foreign military ships.”

While that is technically true, America’s non-participation in UNCLOS renders this entire argument null and void.

While the UK has ratified UNCLOS, Perfidious Albion was quick to break that treaty on June 22 when a British destroyer made a B-line into Russian waters in the Black Sea threatening to break the 12 nautical mile zone around Crimea as a provocative message to Russia. Like so many risky manoeuvres plotted in the bowels of British intelligence, the message of this calculated provocation was three-fold. This message stated that neither Britain, nor the broader Anglo-American machine it represents, respects either 1) the democratic 2014 vote of the Crimean people to return their land to Russia since this water, Britain asserts, to be Ukrainian, 2) the efforts to defuse military tensions in Russia’s soft underbelly by saner elements among the western alliance, or 3) the principles of sovereignty upon which UNCLOS itself is premised.

Although it was first proposed in 1955 by President Eisenhower, what later became known as the Open Skies Treaty was only revived in 1989, made into legislation in 1992 and put into action in 2002. When Russia leaves the treaty in December of this year, it will have 33 members.

The important element of this agreement is that every member enjoys the right to conduct surveillance flights over any member of the group using standardized censors and aircraft at all times, and all data accumulated by any surveillance plane is immediately made the joint possession of all members. The benefit of this treaty should not be lost on anyone who has studied the Cuban Missile crisis and recognizes the importance of trust-building mechanisms among, especially nuclear powers.

However, when Russia passed a law announcing its intent to leave the treaty on June 6, 2021- following the earlier example of the USA which cancelled its membership under the direction of Mike Pompeo and Esper in 2020, NATO members were quick to lay down thick layers of criticism onto Russia’s belligerent war-making ways. Was anything similar heard when Biden announced that the USA had no intention to re-enter the treaty? Of course not. In response to this pressure campaign, Foreign Minister Lavrov stated on June 24:

“The termination procedure has been launched, as you all know. The depositaries of the treaty have been notified. But the hypocritical reaction in response to our absolutely natural and pre-planned step from the side of NATO and the EU, who urged Moscow not to dismantle the treaty, as if they forgot Washington’s irreversible decision to withdraw from the treaty as the main reason behind the current crisis, is what is astounding to us.”

While anyone reading western mainstream media would tell you that the fault for the Open Skies breakdown lies entirely with the Russians for having denied several requests by western powers to conduct flyovers of strategic Russian areas like Kaliningrad and Transnistria, a broader set of facts is often ignored. Lavrov pointed out that over the past decade, NATO members “blatantly neglected its obligations under the Treaty on Open Skies, closing down the majority of the territory of the US, Canada, the UK and France to Russian planes”. Not only that but Open Skies treaty members failed to commit to not sharing information they collected over their Russian flyovers with the USA after it had left the treaty on several occasions when these eminently reasonable guarantees were sought by Russia.

Like UNCLOS earlier, this treaty went far to balancing the dual obligation of respect for each individual nation’s independence while harmonizing this reality with a higher global responsibility to live together with certain rules. By these facts alone, Open Skies is not Hobbesian, zero-sum or unipolar. And by these facts, it too must be undermined in the mind of any globalist utopian.

The Problem of World Government

Lastly, and most importantly for our present purposes, it is known that the NATO alliance and G7 are now governed in large measure by a force that has nothing but disdain for the system of nation-states established with the Treaty of Westphalia of 1648 and enshrined in the UN Charter. When liberal imperialists like Sir Henry Kissinger and Tony Blair joined with neoconservative parasites championing the “end of the Westphalian era” after 9/11, a poisonous new doctrine of law emerged onto the scene. This new doctrine had already been there informally for decades of course, but under the new terms of crisis management that emerged with the post-9/11 “war on terror” and broader regime change agenda outlined in the Soros-funded Responsibility to Protect (R2P) Protocol, it was becoming clear that the UN Charter and Nuremburg Codes were to be rendered as null and void as the US Constitution itself. “The ideals enshrined in these documents might appear nice” stated the neo-Hobbesian NATO-phile, “but they have no place in a Social Darwinian world of cold chaotic forces guided by selfishness, lies and shadows where only the strong survive and impose order from above in an unwavering quest for a utopian state equilibrium.”

Ignoring, for the time being, that nearly every single case of terrorism either foreign or domestic for the past 80 years has enjoyed both the logistic and financial support of western intelligence agencies, the ugly truth is that the systematic undermining of all international customs and norms during the past 80 years has had everything to do with the unyielding desire to replace a world governed by nation-states and the general welfare of the citizens with a perverse Hobbesian Leviathan whose sole law is defined by the power of the fittest over the weak.

Where the Multipolar Alliance is defending the structures of sovereignty, non-interventionism, and cooperation as the foundation of International Law, the unipolar alliance run by hives of creepy technocrats and billionaires wishing for nothing less than total control over a depopulated, post-truth, post-nation state world order sometimes called “shareholder capitalism” is but in truth nothing less than neo-technocratic feudalism.

In the next installment we will review the origins of the UN Charter in greater detail followed by a third part on the Westphalian Treaty of 1648 that ended the 30 years war and the strategic importance of this world-changing policy for today.

In case something goes wrong during the exchange, we might need a refund address so we can return your coins back to you

tx id
You get
to address
destination tag