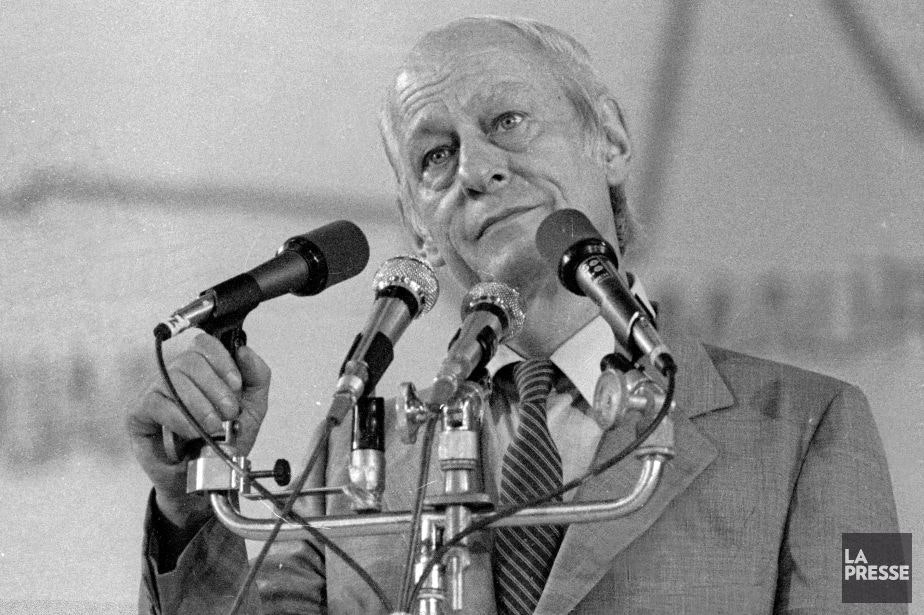 This article was co-written with historian Raynald Rouleau as section two of a four part series. Part one can be read here.

During the summer of 1967, Canada was celebrating its centennial with the 100th anniversary of the British North America Act. It must be noted that the Canadian Confederation of 1867 was formed for no other reason but the protection of the empire against the republican forces of Abraham Lincoln in the United States and their allies in Canada as outlined in the CP lecture “The Missed Chance of 1867”.

That same year, the president of France would take the hand extended to him by Quebec Premier Daniel Johnson, which would send a shockwave throughout the entire North American continent. De Gaulle received an official invitation from the Premier of Quebec in May 1967, after Mr. Johnson himself was the General’s guest of honour in Paris.

During this historic meeting, France and Quebec had put an emphasis upon nine principled points of cooperation for the development of culture, technology, and industry. One of these points would involve Quebec’s entry into the Franco-German space program “Symphony”, for the development of communications satellites 6. We must remember that thanks to de Gaulle, France had become a world power centering on the pillars of “Progress, Independence and Peace”. De Gaulle would tell the people of Quebec: “Your history is our history. In reality this is the history of France”, he would add that within the circumstances “it is now up to you to play the role which was written for you, a French role”. This would not mean that those who spoke English or were foreign to France couldn’t play a “French role”. Are you inspired by the idea of “Progress, Independence and Peace”? If so, then in the mind of de Gaulle, you are French!

Continuing his voyage in Canada, de Gaulle would speak in the Town of Berthier on July 24 1967: “France for her part, after great obstacles and tests, is in the midst of a booming renewal and, you can see and feel it. It is an example both of progress for the world, but also an example of the service of men, wherever or whomever they are!”

Are these the words of an egotist, an ignoramus, a racist or a chauvinist as popular historians of the Empire would like you to believe?

Midway between Québec and Montreal, at the industrial city of Trois-Rivières, the General had launched a brilliant attack against the British Empire:

If we look at the world today, those countries most under-developed are those territories which are under the influence of the British Empire. The “love of progress”, as de Gaulle describes it, is non-existent within the British Empire. Enslavement and the pillaging of resources are the only conditions within which the cancerous Empire can survive. But as Johnson and de Gaulle understood the problem clearly, cancerous cells have no lasting future. They die with the host which they had just killed. The greater their power, the faster their fall. A country cannot survive for long unless it is perpetually creating true wealth, unless it is progressing.

De Gaulle saw his intervention in Canada from 1960 to 1969 as not only an intervention into international geopolitics, but of primary importance for all humankind. Continuing his voyage along the shores of the St Lawrence River, he declared during a stop in Louiseville:

“this effort (the cooperation between France and New France for progress, independence and peace), this effort is something which France wishes to develop and you can count on her, since that which we do together, we French from one side of the Atlantic to the other, is what we can do to improve humanity as a whole”.

On July 24, de Gaulle’s open top presidential motorcade made several stops in small towns and villages on his journey between Quebec and Montreal on what is known as the former “Chemin du Roy” (the King’s Path) along the northern shore of St Lawrence. Throughout the day, he gave several short speeches, in different town and villages, to cheering crowds. Before he reached Montreal in the early evening, he already had been enthusiastically greeted by nearly half a million people. In the evening, he delivered his famous speech from the balcony of Montreal City Hall, in front of a large crowd assembled at Place Jacques Cartier.

“… I will confide in you a secret you should not repeat. Both this evening, and all along my journey, I have found myself in the same sort of atmosphere as I experienced during the Liberation. On top of this, I have seen what efforts have been achieved towards progress, development and consequently freedom that you have accomplished here… This is why she (France) has, alongside the government of Quebec, and alongside my friend Johnson, signed treaties to unite the French from both sides of the Atlantic… You are in the midst of becoming elites, you are creating factories, enterprises, laboratories which will surprise everyone… Long live Montreal! Long live Quebec! Long live a free Quebec! Long live a French Canada and long live France »!

The British monarchy was frightened by the visit of de Gaulle. The awakening of the “little people”, the awakening of a country, of a republic, the idea of freedom, and the integration of “that spark of France”, which is diametrically opposed to the Empire, represented a mortal threat to its existence. This is why a propaganda campaign would be unleashed exclaiming: “de Gaulle is playing the game of a small minority of extremists who want the separation of Quebec.” (72% of French Canadians were favourable of the policies of de Gaulle: Four million… that makes a nice “small minority of extremists”.)

As an interesting anecdote, Daniel Johnson succeeded, through the help of Pierre Laporte, in passing a surprising resolution in the Chamber: “I would like to make a proposition, although it requires the unanimous consent of the Chamber, to thank General de Gaulle, for having come to Quebec on our invitation, and chastise the federal government that has ensured he not be able to finish his trip in Canada…”7

It is quite interesting to note that René Lévesque, the Parti Québécois’s future leader, one of the leaders of the real minority of separatists, was not at all happy with de Gaulle’s move:

“We tried, until the last moment, to convince Aquin [one of Lévesque’s colleague] not to go ahead with his statement [in favour of de Gaulle]. (…) It didn’t take long before he was dubbed a Gaullist MNA. That’s exactly what we wanted to avoid when forming the movement. (…) You will find it was one of the major reasons we delayed the creation of the movement.”

Showing a total lack of understanding towards de Gaulle’s design, Lévesque continues: “We maintain an enormous gratitude to de Gaulle, for having, by this happy mistake, made us known to the world.” Lévesque says “mistake”, what a lack of insight! As if the British Empire’s attack on de Gaulle was based on the “Vive le Québec Libre”… De Gaulle had put sticks in the Empire’s gears the whole time he was President of the French Republic. That is why they hated him so much, not for few words said on the balcony of Montreal’s City Hall.