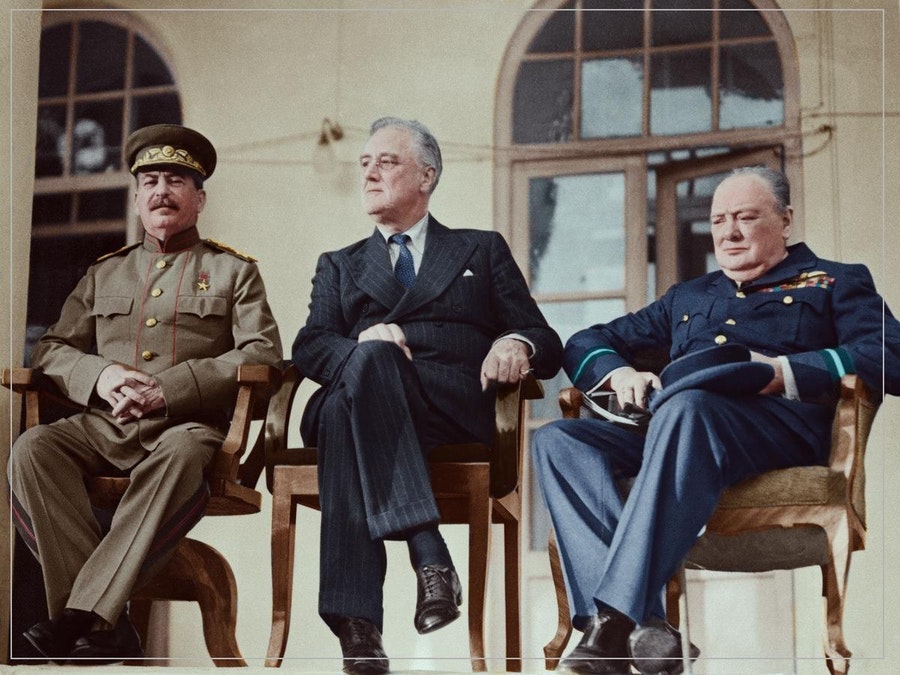 “They who seek to establish systems of government based on the regimentation of all human beings by a handful of individual rulers call this a new order. It is not new and it is not order”

Many have increasingly come to terms with the reality that today’s multipolar system led by Russia and China has premised itself upon the defence of international law and national sovereignty as outlined in the UN Charter signed into law on June 26, 1945.

The Imperial Roots of the Rules-Based-Order

The opposing paradigm which emerged with the dissolution of the Soviet Union in 1992 has taken the form of a security doctrine entitled Responsibility to Protect (R2P) which set the tone for the Unipolar “rules-based order” of the Anglo-American establishment which has incrementally sought to replace all traces of nation-states with supranational mechanisms that render the UN Charter and all associated legal structures built upon it null and void.

This post-nation state paradigm was most recently outlined in the absurd “New Atlantic Charter” co-signed by President Biden and Prime Minister Johnson on June 10, 2021.

While the original August 12, 1941 Atlantic Charter co-signed by FDR and Churchill framed international sovereignty and self-determination as its organizing principle, the new Atlantic Charter attempts to establish adherence to NATO’s Collective Defense, “Open Society” and “Rule of Law” as primal. Under these conditions, any attempt to maintain a veneer of harmonious co-existence on earth is less than meaningless.

It isn’t much of a wonder that this Rules-Based Order” should unwelcoming for the vast majority of UN member states and why it is a direct attack on the UN Charter itself (which had itself been drafted only two days after the Atlantic Charter was made public on August 14, 1941).

Since R2P’s cancerous growth in world affairs, the unipolar system has masqueraded behind humanitarian bombing campaigns, supranational regimes that demand submission to new decarbonization protocols and new international banking regimes that demand national sovereignty be replaced by something called “shareholder capitalism” where private corporations, big tech, intelligence agencies, civil society groups, and shadowy teams of technocrats managing a dumbed-down society in lieu of those irresponsible democratic institutions that we are told gave rise to all the evils of the last 200 years.

What is the UN Charter and Why Must it be Defended?

Since Putin and Xi Jinping have called out this fraud and made their choice to stand for win-win cooperation over Hobbesian Zero Sum thinking, and since their entire strategy is premised upon the UN Charter, it is worth taking the time to briefly examine this legal document, how it came into being and why its beautiful principles were sabotaged while it was still in the cradle.

Let us start by reviewing the first four sections of article one of the charter, where we find that the new organization was mandated:

And just in case any imperially minded legalist wished to read the charter loosely, Article two quickly made it clear that “the Organization is based on the principle of the sovereign equality of all its Members.”

These and other articles contained within this historic document which should be read in full here are a clear break from the earlier League of Nations created in the wake of World War I and which demanded a total dissolution to the national sovereignty of all members. While patriotic forces across the world rallied to block the League of Nations from implementing its imperial agenda by the mid-1930s, the young United Nations established was premised on the intention to extend capital intensive infrastructure across the world in the form of an international New Deal.

These were programs designed to give economic vitality and meaning to the post-war age as hundreds of international delegates from India, Latin America, China, Russia and Africa outlined great infrastructure programs at Bretton Woods. These projects enjoyed the full support of the American delegation led by Harry Dexter White and Henry Morgenthau on the one hand and the disdain of the British imperial delegation led by Lord Keynes and his Bancor-loving fellow British delegates loyal only to the City of London and Bank of England.

Despite the fact that this history should be common knowledge to all, 80 years of revisionism does wonders to confuse the zeitgeist and so the question should still be asked: was FDR’s intention to dismantle the British Empire only a ruse to create the Anglo-American special relationship in a new US-led reconquest of the world, or was his plan genuine?

As FDR’s son Elliot Roosevelt outlined in his 1946 book “As He Saw It”, a telling 1941 confrontation took place between his late father and Winston Churchill. In the course of this clash, FDR’s intention for a post-world of win-win cooperation drove his strategic thinking to Churchill’s chagrin.

“Whichever of your ministers recommends a policy which takes wealth in raw materials out of a colonial country, but which returns nothing to the people of that country in consideration. Twentieth-century methods involve bringing industry to these colonies. Twentieth-century methods include increasing the wealth of a people by increasing their standard of living, by educating them, by bringing them sanitation—by making sure that they get a return for the raw wealth of their community.”

Around the room, all of us were leaning forward attentively. Hopkins was grinning. Commander Thompson, Churchill’s aide, was looking glum and alarmed. The P.M. himself was beginning to look apoplectic.

“You mentioned India,” he growled.

“Yes. I can’t believe that we can fight a war against fascist slavery, and at the same time not work to free people all over the world from a backward colonial policy.”

“What about the Philippines?”

“I’m glad you mentioned them. They get their independence, you know, in 1946. And they’ve gotten modern sanitation, modern education; their rate of illiteracy has gone steadily down…”

“There can be no tampering with the Empire’s economic agreements.”

“They’re the foundation of our greatness.”

“The peace,” said Father firmly, “cannot include any continued despotism. The structure of the peace demands and will get equality of peoples. Equality of peoples involves the utmost freedom of competitive trade. Will anyone suggest that Germany’s attempt to dominate trade in central Europe was not a major contributing factor to war?”

It was but two months after this meeting, that an angry Churchill acquiesced to FDR’s drafting of the August 12, 1941, Atlantic Charter that pulled the British for the first time in history into a new paradigm of cooperation, and multipolarism. When read alongside FDR’s 1941 Four Freedoms speech to congress earlier that year, one can see not only the germ seeds of the later UN Charter drafted on August 14, 1941, and signed into law on June 26, 1945, but also the rise of the Multipolar Alliance and BRI Framework today.

Tragically, FDR died under questionable circumstances on April 12, 1945, resulting in a swift takeover of the US government by supranational forces which have today come to be called “the deep state”. It was within a short interval of time of FDR’s death that every major ally who shared the great president’s vision for a post-war age of cooperation was either dead or labelled a red-commie traitor, never to regain influence again.

Explaining to Elliot why his mother’s request for entry to Russia was rejected, Stalin stated passionately that it was due to Eleanor’s denial of all requests by Soviet representatives to examine the body or even allow for an autopsy. When Elliot pressed for answers to those whom Stalin believed to be his father’s murders, the Russian leader responded: “The Churchill gang! They poisoned your father, and they continue to try to poison me…the Churchill gang!”

It is also telling that Churchill could not bring himself to accept the Order of the Garter at the end of WW2 since he failed to achieve his primary mission as Britain’s wartime leader. Unbeknownst to many historians even today, Churchill’s primary mission was not the winning of the war, or the crushing of fascism, but rather the salvation of the British Empire which had created a Frankenstein monster that refused to play the second string in the New World Order realizing that Germany’s military power gave Hitler the edge he needed to lead in this dystopian dance.

However, only a week after Stalin’s death on March 5, 1953, Churchill’s conscience allowed him to accept the honour. Perhaps the rabid imperialist looked upon the new Cold War age that he had earlier set into motion alongside the Anglo-American Alliance that he put into place that the rabid imperialist could sleep satisfied knowing that he did his job.

In the next installment we will review the origins of the UN Charter in greater detail followed by a third part on the Westphalian Treaty of 1648 that ended the 30 years war and the strategic importance of this world-changing policy for today.