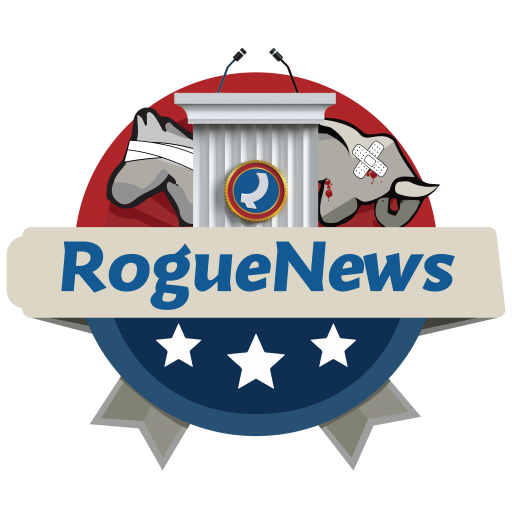 The October Crisis of 1970: A Carefully-Prepared Plot

The list of structures and institutions that follows shows clearly that some in official circles had anticipated the October 1970 crisis, which crisis had been concocted to lead into the War Measures Act and a consolidation of power in the hands of the “new technocratic elite” that had taken control of the Quiet Revolution after the death of Quebec Premier Daniel Johnson in 1968 and the ouster of both Jean Lesage and Charles de Gaulle from political power in 1969.

The purpose of the following report, which relies heavily upon accounts by Pierre Vallières, taken from his 1977 book L’exécution de Pierre Laporte, les dessous de operation Essai (Editions Quebec-Amériques, 1977) , is not to establish the cause of the October Crisis, but to sufficiently demonstrate that the official narrative commonly used to explain this period is not true. Not only that, but as the facts will show, the cause of these terrible events were organized by more powerful institutions both within and above the Canadian government.

It is also necessary to hold in mind that not only was no autopsy ever conducted on the body of Premier Daniel Johnson Sr. upon his mysterious death in 1968 (which President de Gaulle undoubtedly understood in its ugly detail before suffering his own color revolution in 1969), but neither did the body of Johnson’s ally Pierre Laporte receive any autopsy after his murder during the October Crisis which we document below.

At the Federal Level (Ottawa)

Chronology of the October 1970 crisis

The chronology below challenges the official thesis, and points up a great many contradictions.

26th September 1968: Daniel Johnson dies under unusual circumstances mere hours before the unveiling ceremony of the Manicouagan-5 Dam that Johnson had put into motion a decade earlier alongside then Premier and nation builder Paul Sauvé. Officially, he suffered a fatal heart attack. By 1969, De Gaulle is forced out of office in an anarchistic mock referendum in France. De Gaulle himself had survived over 13 assassination attempts run largely by the Montreal-based Permindex which was also at the center of the assassination of President Kennedy in 1963. Two of the three previous Union National Premiers before Johnson met identical fates and died of heart attacks while in office in a period of 6 months. Maurice Duplessis died on September 7, 1959, while Paul Sauvé died on January 2, 1960.

In Pierre Vallières’ view « by late summer 1970, everything was in place, and liaison between the army and the police forces concerned had moved onto a weekly, sometimes daily basis ».  He adds that « by June, the contents of the October manifesto had already been printed in some newspapers, following the abortive ‘Lanctôt-Marcil’ plot against the US Consulate; the FLQers demands had become known, and, finally, the FLQ’s operational bases (save for the flat rented in September in Northern Montreal by Cossette-Trudel) had been dismantled or had become known to the police.  The FLQ-1970 was under control in October, and no surprise was possible ».

At that very moment, James Cross is freed, and his kidnappers in the Libération cell are given a safe-conduct to Cuba.

The issue of a proclamation by Her Majesty, or under the authority of the Governor in Council shall be conclusive evidence that war, invasion, or insurrection, real or apprehended exists and has existed for any period of time therein stated, and of its continuance, until by the issue of a further proclamation it is declared that the war, invasion or insurrection no longer exists.”

Until 1970, the War Measures Act, first promulgated in 1914, had been proclaimed only twice before:  when Canada entered the World War I, in 1914, and World War II, in 1939.  Here, we are to take the  Governor General’s personal opinion, as “conclusive evidence” of a State of War, that absolutely did not exist.

What did the victim himself think about all this?  All that is known for certain, is that in none of his letters to Robert Bourassa whilst kidnapped did Pierre Laporte ever refer to the FLQ, nor did his wife, or most of his friends, ever buy the official story. A Royal Mounted Canadian Police (RCMP) report dated March 3rd 1971 states that Mrs. Laporte’s opinion was that the authorities had executed her husband.

There is a dreadful similarity between the Laporte kidnapping and murder, and that of former Prime Minister Aldo Moro in 1978, down to the detail of the police wandering about in circles in the vicinity of the safehouse.  In both cases, subsequent events show that the real intention was never to free the kidnap victim, but to use the crisis to shift the balance of power in the country, in favour of rentier-finance interests.

The Material Ease of Terrorists

It is rather astonishing that so many players from that time, have risen to positions of material ease and social prominence.  Precisely at the point the synarchy has launched a fresh wave of strategy of tension in Europe and the Americas, they appear to want to keep a tight grip on the main players in the events of October 1970, in order to avoid their disclosing what really went on.

Ex-FLQer Jacques Lanctôt now owns his own publishing house, with a large stock-in-trade on cultural, sociological and psychological issues, and essays on the separatist movement.  On March 28th 2004, Télé-Quebec broadcast a documentary called Hostage (Otage), comprised of interviews with Jacques Lanctôt, who kidnapped James Cross, and the Cross family. The documentary was finished in early 2004. Lanctot is now a leading journalist with Canoe Inc. which is owned by Quebecor (whose Vice Chairman is none other than Brian Mulroney)

From 1996 to 2002, Paul Rose had achieved such a miraculous boost of success that he became the head of the Quebec wing of the New Democratic Party of Quebec! This Party merged with the Union des Forces Progresistes which in turn merged with two other organizations to become Quebec Solidaire which currently holds 7.6% of the seats in Quebec’s National Assembly. On March 14, 2013 Quebec Solidaire spokesman MP Amir Khadir introduced a resolution into the National Assembly to honour Paul Rose.

On June 15, 2019 the strange fact was made public by Canada’s National Post that the entire 40 year CSIS/RCMP dossier compiled on Canada’s most famous Prime Minister, Pierre Elliot Trudeau was destroyed by Canada’s top spy agency… in 1989.

How this embarrassing fact could have gone un-noticed for so long is tied to access to information laws in Canada which make all government dossiers available on any public or private citizen 20 years after their deaths. In 2019, historians searching for a story filed early applications to read this long awaited dossier which was supposed to be awaiting scrutinizing eyes in the Archives of Canada. The answer they received from CSIS and the National Archives was that the massive treasure of documentation was destroyed because it did not “meet the threshold set out by the CSIS Act to justify being kept in service’s active inventory. The file also fell short of criteria for preservation set out by the national archives”.

Based upon the facts laid bare in the above text and earlier report, it can safely be said that the true reason for CSIS’s destruction of the Trudeau Files had everything to do with devastating information on the role played by Canada’s third longest standing Prime Minister within the context of Britain’s geopolitical “Great Game” against the world.

The role his son is playing as a pawn within this Great Game in carrying out the dictatorial legacy begun by his father 50 years ago can only be understood from this vantage point.