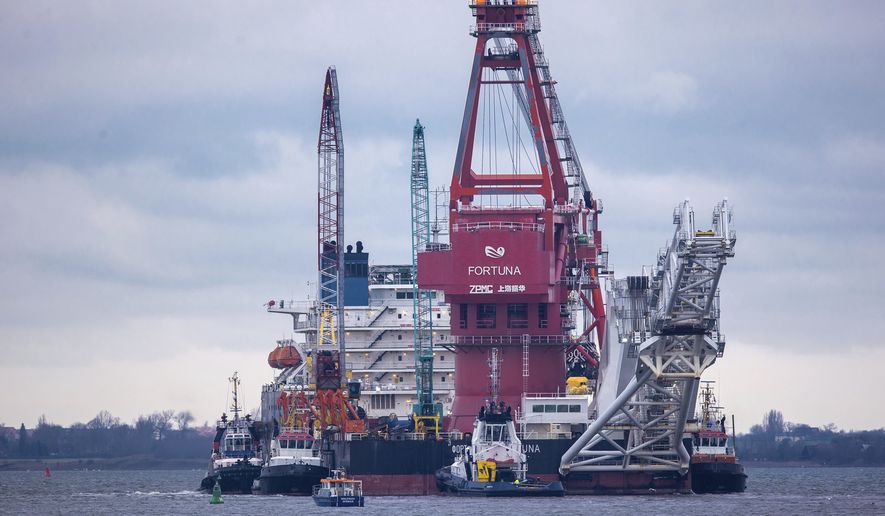 [This article was originally published in the Washington Times. To click on the full PDF as it appeared in the Thursday edition of the newspaper, alongside a sister piece by the renowned scientist/activist Dr. Edward Lozansky, click here to download.]

It wasn’t long ago that many people found themselves rolling their eyes upon hearing officials like Mark Carney in 2015 first talk about a greening of international finance.

Reducing pollution and maybe even carbon emissions sounded great in ivory tower boardrooms, but the reality of getting the world’s largest banks, insurance agencies and industries to detach themselves from cheap and abundant industrial economic practices tied to hydrocarbons upon which modern civilization is built seemed more like a pipe dream than anything achievable.

It was never a secret that windmills and solar panels are not only costly but also notoriously inefficient. (You can’t manufacture a windmill using windmill energy.) Additionally, windmills produce only 33% capacity on good days and sink often below 1% when the wind just doesn’t blow, as can be seen in the United Kingdom today or Texas during the big chill of February 2021.

Yet here we are, just a few years past COP21 and struggling to restart the world economy after a devastating pandemic. The effects of a high-amplitude green echo chamber have turned much of the dominant political classes of Europe and the U.S. into religious devotees of a decarbonization agenda that we are told is needed to stop the world from boiling over by 2050.

What has been the result of this decarbonization obsession?

The U.K. has led the charge by shutting down hydrocarbon energy sources while amplifying wind power, now accounting for 25% of British electricity supply. Germany’s 2010 green plan has done the same with a goal of shutting down all nuclear power by 2023 and vastly amplifying windmills and solar power.

But then the wind stopped blowing and someone forgot to order sufficient reserves with storage caverns and tankers nearly empty.

Since European energy markets have an absurd mechanism tying all prices to the most expensive producer, a deadly scarcity has snowballed with vast price increases for all users. Backup supplies of coal and natural gas are being called upon to make up for the loss, ironically resulting in increased carbon dioxide emissions. Despite all of that, Britain is still committed to exiting coal by 2024, which will ensure that future crises will have no analogous remedies. Life rafts in boats are so outdated.

While the blame is put on “big bad Russia” for withholding gas supplies, the fact is that Gazprom has increased its flow of fuel to Europe by 10% since last year.

So what is behind this crisis?

For one thing, it was once better understood that profit-obsessed speculators playing in spot and futures markets shouldn’t set the price of energy. But those days of long-term planning for future generations are a distant memory for most enmeshed in the ethics of the neoliberal era.

While energy prices have not skyrocketed as much on this side of the Atlantic, it is still bad with U.S. natural gas costs up 90% since September 2020 and utility gas prices up 21% over the same period. Experts predict winter heating costs to rise by 54% if nothing changes. When tied to the breakdown of supply chains, a sixfold increase in shipping costs, rampant inflation and a 8.3% rise in producer prices, it is clear that a tsunami of pain is on the horizon.

Neither the U.S. nor Europe needs to sacrifice for either climate models or speculators.

Across North America, it would not be difficult to reactivate the Keystone XL pipeline. It would be simple to bring back cheap natural gas and petroleum projects by ending the attack on fracking and sideways drilling that made the U.S. largely energy self-sufficient for the first time in generations.

Reviving nuclear power construction, which the U.S. once pioneered, would not be a bad idea either. Modern reactor designs are meltdown-proof and produce abundant, high-quality energy for decades. Many designs even produce copious hydrogen, which could become the automotive fuel of the future.

Converting some of the trillions of dollars of unpayable debts incurred by years of bailouts and useless wars abroad into the emission of bonds tied to the long-term needs of society would go far to revive a lost pro-industrial paradigm that nearly has been stamped out of our collective Western memory.

Shifting our priorities back to building real large-scale infrastructure, reviving manufacturing and thinking about international large-scale projects with other similarly minded nations of Eurasia, Africa and Ibero-America would help us realize that many of the scarcities we find ourselves facing today are more the effects of folly and small minds than any force of objective reality.

Perhaps taking a cue from China’s crackdown on commodities speculation and studying the long-term growth priorities exemplified by the New Silk Road would provide some useful lessons for the coming storm. This exercise would certainly be healthy, although it may require eating some humble pie.

Or we could double down on a decarbonized 21st-century Green New Deal as we move into COP26 and the great resetting of civilization, which I’m sure will offer many character-building experiences for the majority of people across the trans-Atlantic as they learn how to tighten their belts, live with much less and party like it’s 1923 Germany.