Why Nuclear Power Has been Demonized 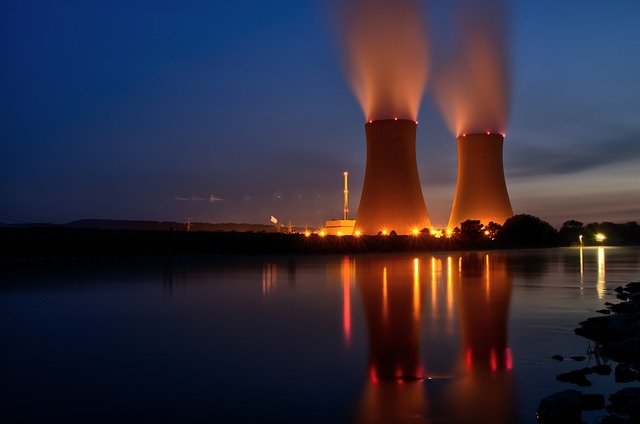 Recently, the Japanese government announced that they will be shutting down the remaining 7 nuclear reactors at the Daiichi plant that was hit by a major earthquake and tsunami in 2011. This will bring the total number of nuclear reactors down to 33 (compared to 54 in 2011), only 7 of which are inactive operations at any given time. Contrary to popular belief, this is not a good thing.

Since the tsunami hit on April 11, 2011, killing 18 000 civilians, there has been a tendency to refer to the event falsely as “Japan’s nuclear crisis”. The fear that has spread across the world resulted in one of the most devastating attacks on sovereign nations which could have only been executed had we done this to ourselves.

Japan – a nation which became the world’s 3rd largest economy due largely to its commitment to advanced scientific and technological progress and early embrace of nuclear power, has lost much of the energy self-sufficiency it once enjoyed when 33% of its electricity came from nuclear which today has fallen to 7.5%. Since the shutdown Japan has been forced to massively increase its imports of oil, natural gas and coal bringing in 9 million barrels/day and building 45 new coal plants. This dependency has not only subject it to the whims of the speculative markets, but also to the uncertain stability of the Middle East oil production.

Due to the hysteria unleashed in the wake of Fukushima, Germany was quick to follow the fear wave and declared that its full exit from nuclear by 2022 causing it to vastly increase its imports of fossil fuel from Russia, the Netherlands and USA (and ironically nuclear energy imports from France whose use of nuclear amounts to 70% of its energy basket). Once shut down in 2022, Germany will lose 22GW (or 11% of total capacity). Other nations fell into line with Belgium declaring full de-nuclearization by 2025, Spain and Switzerland cancelling all new builds and Italy cancelling all plans to revive its nuclear sector. Between 2011-2020, 48 GW of nuclear energy was lost (primarily in western nations trapped within the zero-growth cage of NATO).

The fact is that to this day, not one Fukushima death is traceable to radiation exposure. While a meltdown did strike three of the ten reactors in the Daiichi complex, those which suffered damages used outdated technology and cut corners in safety standards such that no coolants were available once electricity was lost after the 8.9 earthquakes struck. Those deaths which did occur in the aftermath had more to do with heart attacks caused by the vast fear-driven evacuation of 160 000 citizens from towns across the coast of Japan- many of which remain abandoned to this day as 100 000 are still considered “nuclear refugees”. After extensive testing, the WHO found radiation levels of evacuees to be undetectable… a fact which has done little to reverse the deeply embedded fears within the Japanese zeitgeist.

Just to put it into perspective, nuclear testing in the 1950s and 1960s put over 100 times the radioactive waste into the atmosphere and oceans than what was released in Fukushima. In Utah, radiation in the 1950s and 1960s were also well over 100 times greater than the worst of Fukushima due to atomic bomb testing, but the state has enjoyed the lowest rates of cancer across America for over 60 years. Also of note, scientists studying A-Bomb survivors who received ionizing radiation in WWII were surprised to discover abnormally long life spans and low rates of cancer.

Today, in spite of the craze to ban Japanese tuna and other seafood from western markets for years, the actual radiation levels are far below the 1200 becquerel limit set by FDA standards and one would get larger doses of radiation by eating a banana or flying in an airplane. Believe it or not, but the Potassium-40 of an average banana releases 3000 beta decays/second and is deemed very good for living tissue and is known as “Low Dose Radiation” which is found in all bio-organic life and natural background radiation from food, the soil and sky.

The Fallacy of Decarbonisation

For those in Japan and Germany celebrating that the exit from nuclear is providing an opportunity to embrace solar and wind energy, a sad slap of reality has also occurred. Not only have energy costs skyrocketed wherever green energies have been built, but the toxic waste caused by those photovoltaic cells far outpaces anything produced by the dirtiest nuclear reactor.

In 2017, the Japanese Ministry of the Environment issued the warning that by 2040, Japan would accumulate over 800 000 tons of solar panel waste with no means of disposal- which is 300 times greater than nuclear power. Solar panels have life expectancies of 25 years, after which their disposal becomes nearly impossible as they contain similar heavy metals and toxins as is found in computers and cell phones. They also contain vast toxic metals such as lead and carcinogens such as cadmium.

Disproving the very definition of “renewable energy”, windmills (which are as tall as a Boing 747) cannot produce the energy density to melt the steel and produce the material needed to build a windmill.

“Construction of solar and wind “farms” has already caused massive devastation to Germany’s wildlife habitats, farmlands, ancient forests and historic villages. Even today, the northern part of Germany looks like a single enormous wind farm. Multiplying today’s wind power capacity by a factor of 10 or 15 means a 200 meter high (650 foot tall) turbine must be installed every 1.5 km (every mile) across the entire country, within cities, on land, on mountains and in water.”

Nicholas Fisher, a nuclear expert at Stony Brook University in New York responded to the fear-mongering by reminding his readers that “we live on a radioactive planet in a radioactive universe. All life has evolved in the presence of natural radioactivity.”

Without that natural radiation emitted by stars, supernovas, earth’s soil, cosmic radiation etc, then our very cellular functions break down and we get sick. This was demonstrated in tests conducted on lab rats in the 1990s which were isolated from natural background radiation, including in their food. People with arthritis and cancers have been recorded for generations to receive great benefits by soaking their bodies in radiation-rich mineral waters in Ukraine or the radioactive black soil beaches of Brazil proving that low dose radiation is beneficial for life. Another surprising 2010 study proving the benefits of radiation followed 250 000 nuclear workers found a much lower rate of cancer mortality relative to control groups.

Fear of radiation is a fraud pushed by a Malthusian lobby whose goal has been to dismantle the sovereign nation-state by getting its victims to undermine their own basis of existence. This is the realization of the Trilateral Commission policy announced by Federal Reserve Chairman Paul Volcker who called for a “controlled disintegration” of industrial civilization in 1978. This is the program of Maurice Strong as he decapitated Canada’s nuclear program in the 1990s and called for the collapse of industrial civilization. This is the policy that is at the heart of the Green New Deal being spread by London bankers like Mark Carney and Prince Charles which is really just another name for de-population.

This is the program which China and Russia have rejected under the emerging global framework of the Belt and Road Initiative. China is planning to triple its nuclear sector by 2032 to power its vast growth program and Russia’s ambitious nuclear energy program is tied directly to Putin’s recent decision to challenge the Liberal Malthusian order by name. Any nation committed to raising the living standards and productive powers of its people cannot tolerate a de-carbonization or de-nuclearization plan for even a minute.

One Response to “Why Nuclear Power Has been Demonized”