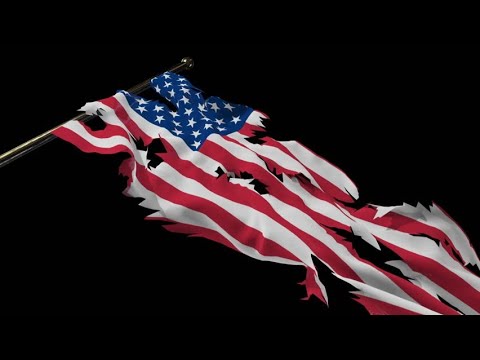 With the recent pledge by China, Russia, Iran and Pakistan for renewed defense of Afghanistan’s sovereignty and right to develop, many have jumped the gun to celebrate a little prematurely.

While watching a hegemonic wanna-be global overlord choke on humble pie is certainly satisfying, and while Afghanistan unquestionably has a renewed hope to recapture its ancient role as a pearl on the Silk Road uniting all cultures of the globe, something darker is also afoot. A process reminiscent of the events of 1979 when Zbigniew Brzezinski, then leading a trilateral Commission takeover of the USA using a dim-witted puppet president, managed to launch a program known as “Operation Cyclone”.

This clandestine operation was premised on the lies of Zbigniew’s Team B analysis of Soviet ambitions to supposedly dominate the world and which thence justified a program that utilized billions of dollars in taxpayer money to fund the growth of Mujahedeen terrorist cells and narcotics in a bid to light a fire under Russia’s soft underbelly and suck the unsuspecting soviets into a bloodletting that would be sold to an incredulous western population as “Russia’s Vietnam.”

The Soviet Union was certainly bled, leading to its ultimate dissolution under Gorbachev and the world was given the gift Islamic terrorism- funded, armed and trained generously by CIA, MI6 and ISI operatives.

Additionally, organized crime syndicates of the world also grew their influence in leaps and bounds as the world centre of opium production was moved from its former zones of Cambodia, Vietnam, Laos, and Myanmar to more fertile soil in Afghanistan providing both the funding needed to light the region on fire for decades while also amplifying a new opium war against ALL of the civilization. The conspicuous integration of the DEA and CIA during this period coincided with the heroin boom and also the flooding of crack cocaine into the ghettos of the USA under CIA director George Bush Sr (also a defender of Zbigniew’s Team B takeover of U.S. intelligence estimates) cannot be ignored.

Signs of the re-activation of this old script with a modern twist are already visible on numerous levels, not the least of those signs being witnessed in the strange decision to demolish the CIA torture annex in Kabul in response to the August 26 attack by the mysterious ISIS-K on the Kabul airport which killed 170 civilians and 13 U.S. soldiers. Why was it the case that U.S. and British intelligence agencies issued warnings of an attack at that location and time long before it occurred and yet did less than nothing, other than shooting civilians and bombing three households after it happened?

Why would the U.S. military deem it wise to destroy a CIA base which has been a strategic central point of command of all clandestine activities in the region for the past two decades in response to this completely foreseeable event?

Recently a Lebanese analyst, commenting on the observations of the leader of Hezbollah wrote that “the U.S. has been using helicopters to save ISIS terrorists from complete annihilation in Iraq and transporting them to Afghanistan to keep them as insurgents in Central Asia against Russia, China and Iran”.

This observation is not unique to Nasrallah, but has been echoed at various times over the past three years by the Russian government, Syrian state media and leading officials in Iran including former Foreign Minister Javad Zarif who noted as early as March 2018 that “this time, it wasn’t unmarked helicopters. They were American helicopters, taking Daesh out of Haska prison. Where did they take them? Now, we don’t know where they took them, but we see the outcome. We see more and more violence in Pakistan, more and more violence in Afghanistan, taking a sectarian flavor.”

Zarif’s words echoed those of Iranian Chief of Staff Major General Mohammad Baqeri who said: “After witnessing ISIS and other organized terrorist groups losing their ground in Iraq and Syria, they are now relocating them to Afghanistan.”

Additionally, U.S. mainstream media has been preparing the western zeitgeist with strange interviews with leaders of Al Qaeda and ISIS-K in recent weeks. First, the state-funded PBS broadcasted a suspicious interview with Hayat Tahrir Al Sham (aka: Al Nusra aka: Al Qaeda) leader Abu Mohammad al-Jolani who was repackaged in a business suite and sold as a “moderate resistance fighter” in Syria. Then just days before the August 26 Kabul attack, CNN’s Clarissa Ward interviewed an ISIS-K commander in a silhouetted frame to protect his identity. When asked if he would continue the campaign of international terror, the unnamed terrorist stated “instead of currently operating, we have turned to recruiting only, to utilize the opportunity to do our recruitment. But when the foreigners and people of the world leave Afghanistan, we can restart our operations.”

To top things off, the incredibly talented Bulgarian researcher Dilyana Gaytandzhieva noted on June 22 that the U.S. Army contracted four companies to purchase $350 million worth of weapons made by eight companies located in Serbia, Bulgaria and Croatia which are destined to flood into Syria as part of a program called Task Force Smoking Gun. This 2017 program was part of a U.S. Special Operations Command Unit Taskforce which carried out the Syrian ‘train and equip program’ designed to overthrow the Assad regime using Al Qaeda affiliates as freedom fighters. In her report, Gaytandzhieva wrote:

“According to the U.S. Federal Procurement Data System, the eight companies have already received orders with an estimated value of $25 million each or $200 million combined under the 5 year-long Pentagon program for non-U.S. standard weapons supplies. These are foreign weapons which are not compatible with the U.S. military standard, hence cannot be used by the U.S. Army and will be delivered as military aid to third parties.”

China Will Fill the Vacuum

It is 100% certain that China has great hopes to invest in Afghanistan’s bountiful rare earth, copper and iron deposits, as well as rail, roads, fibre optics, energy plants and communications bringing Afghanistan into the evolving Belt and Road Initiative. However, the expanded presence of Chinese engineers in the region will put China at risk of asymmetric attacks.

Over the past 15 years, projects like the 2007 Mes Aynak copper mining operation and 2011 Faryab and Sar-i-pul oil development deals have stalled due to the frequent occurrence of U.S.-backed terrorist attacks on Chinese engineers and workers. Just this summer, 9 Chinese engineers were killed in Pakistan when an explosive device detonated sending a busload of workers off a cliff. These workers were en-route to work on the large Dasu hydroelectric dam that is part of the CPEC.

China is additionally concerned that the East Turkestan Islamic Movement which has cut its teeth fighting alongside its Al Qaeda affiliates in Syria, Iraq and Afghanistan may also spring to new life. It was only in November 2020 that Secretary of State Pompeo removed the group from the U.S. list of terrorist groups despite the fact that the United Nations Security Council had released a report in May 2020 stating that the ETIM “has a transnational agenda to target Xinjiang, China, and the China-Pakistan Economic Corridor, as well as Chitral, Pakistan, which poses a threat to China, Pakistan and other regional States.”

The refutation of China’s anti-Muslim genocide myth promoted by western MSM was laid out in a recent interview by this author here:

Taliban spokesman Suhail Shaheen has attempted to allay China’s fears saying: “Those who are intending to carry out sabotage activities in other countries or have their foreign agenda would not be able to remain in the country.”

However, it is still too early to validate such claims as the ETIM alongside ISIS cells certainly abound in the mountainous northeast regions enjoying support from western clandestine operations and parallel networks still active in Pakistan such as Lashkar-e-Islam and Tehrik-e-Taliban as outlined in the aforementioned UN report.

The need to cut off all Al Qaeda operations are vital at this time and thus the convergence of the “big four” nations of Russia, China, Iran and Pakistan are so vital. With Iran having been inducted into the Shanghai Cooperation Organization as of September 17 joining both Pakistan and India as full members, it is understood by all relevant parties that a new security doctrine is needed in the region premised on win-win cooperation.

This is most apparent when one considers that the living force for the multipolar alliance’s long-term success is hinged upon the continued success of China’s 130 nation strong Belt and Road Initiative whose four of the six primary networks pass through Xinjiang and the region which Brzezinski lit on fire four decades ago to keep the “world island” divided and weak.

The Chinese and their growing array of partners have come to the fundamental insight that the only way to destroy terrorism is not by bombing nations to smithereens, but rather by providing the means of improving the lives of people. This is the true meaning of “civilization” that not merely builds infrastructure for the sake of shareholder value, but uplifts and ennobles the hearts and minds of a people who have been caught too long in the darkness of ignorance, despair, war and poverty. This is the only antidote for global terrorism, the plague of drugs that have ravaged countless lives, and even the poisonous misanthropy underlying the decaying “Rules-Based International Order”.